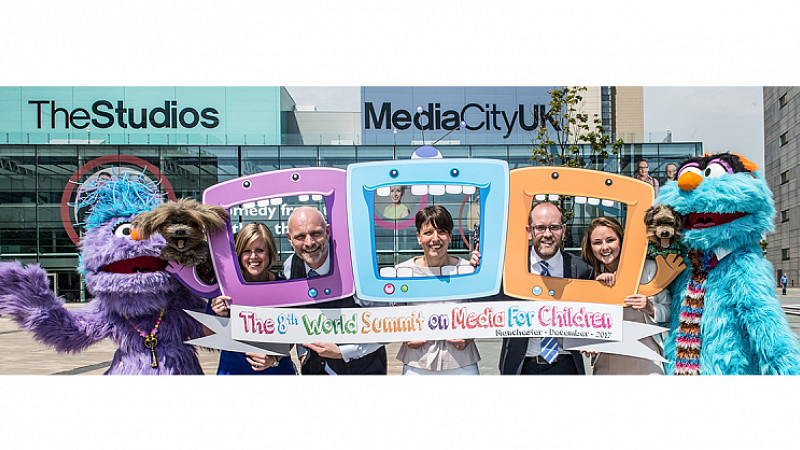 Manchester has been chosen to host the next World Summit on Media for Children Foundation (WDMCF).

Taking place every three years, it is the largest event of its kind, with around 1500 delegates from around the world examining the quality of media for children. Manchester’s bid for the event was led by BBC Children’s, alongside Marketing Manchester and Conference Partners.

“The members of the Foundation were unanimous in their agreement that Team Manchester’s bid was exceptional and one with which WSMCF will be proud to be associated,” explained WSMCF president, Dr Patricia Edgar.

“We are pleased to be working with one of the world’s preeminent producers of media for children in the BBC and to see the emphasis on digital media, the inclusion of a creative children's program and the ambition to leave a genuine legacy following the Summit.”

The 8th summit will take place in December 2017, with a theme of “The Universal Needs of Children.” It will look at “empowerment, learning, entertainment, connection and protection” through a number of talks, masterclasses, workshop sessions and debates.

“The BBC is delighted to be the lead content provider for the summit. The BBC has been producing media for children for over 90 years and we are constantly inspired to strive harder and challenge ourselves to break new boundaries to inform, entertain, educate and inspire the youngest members of society,” said Alice Webb, director of BBC Children’s.

“Manchester is a very fitting place to hold the summit, not only is it the home of BBC Children’s, including our two dedicated channels CBeebies and CBBC, but it also has an active and growing creative, media and digital sector who will embrace and celebrate this international event”

Marketing Manchester’s Nick Brooks-Sykes added that the conference would generate an estimated £1.6m for the local economy.

“The Summit is the largest children’s media conference in the world and we’re looking forward to providing the platform for global experts to discuss current issues within children’s media.  The announcement is a major coup for Manchester, which has a well-established reputation within this industry. From the celebrated work of Cosgrove Hall and Mackinnon and Saunders, to the BBC setting up their children’s department at MediaCityUK and Brown Bag Films also recently establishing themselves here; Manchester is no stranger to producing quality children’s media.

“The wider creative and digital sector plays a very important role in contributing to the city region’s economy and events like WSMC help us to communicate that message.”