Today we kick off a new series of a regular broadcast interview feature, Prolific North News.

As before, we'll be interviewing some of the North's leading media and creative figures - but this time we've come out of the studio and are getting out and about.

First up it's Scott Davies, who has just been announced as the new global CEO of social TV company never.no. We ask him why the company has made its base at The Landing, how it plans to grow its MediaCityUK presence - and how social can be monetised.

END_OF_DOCUMENT_TOKEN_TO_BE_REPLACED 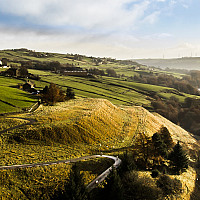