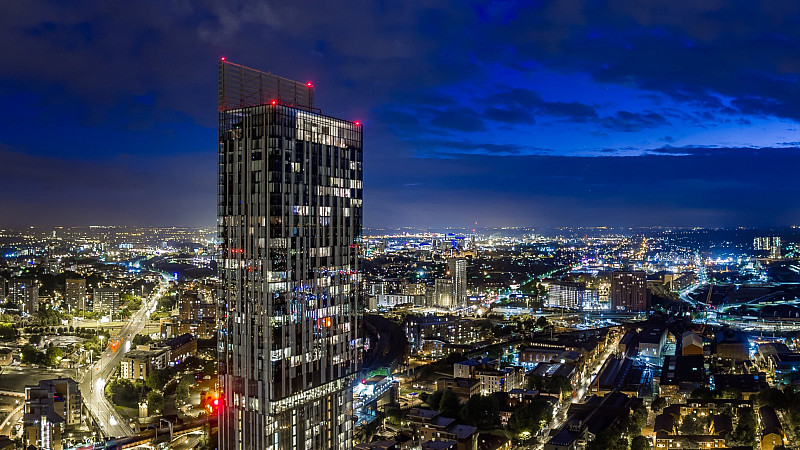 A Cheshire drone company is behind some of the aerial footage in the current series of Cold Feet.

Bollington-based LUNAR Aerial Imaging’s footage of Didsbury from the air featured during the second episode of the ITV1 comedy drama.

Its footage of Manchester by night also featured in the opening and closing credits of four-part BBC documentary, The Detectives: Murder on the Streets, which follows Manchester’s murder detectives over the course of one year.

Greg Chivers, creative and operations director at LUNAR Aerial Imaging, said: “The demand for our stock footage has been growing and we’ve recently set up a stock footage library to allow clients to buy existing aerial footage of Manchester, Salford, Leeds and Bristol.

"The director of Cold Feet contacted us looking for footage of Didsbury and at that stage we didn’t have any so I offered to go out that evening and capture the footage they needed, they were delighted with the result.”

LUNAR's footage is also being used in series three of CBBC’s Jamie Johnson Returns and Manchester horror movie Habit, which is set for release later this year.

LUNAR also donated its aerial footage of Manchester for use in the promotional trailer for Ariana Grande’s One Love concert in June.

Established in 2015 by Greg and Jinny Chivers, LUNAR operates a range of multi-rotor drones with camera and imaging systems.

Chivers added: “It is fantastic to see our footage appearing on the big and small screen and we are excited about the increasing number of enquiries we are getting from production companies – both for footage from our stock library and for bespoke jobs.”