Oldham Evening Chronicle closure was “a bolt from the blue” 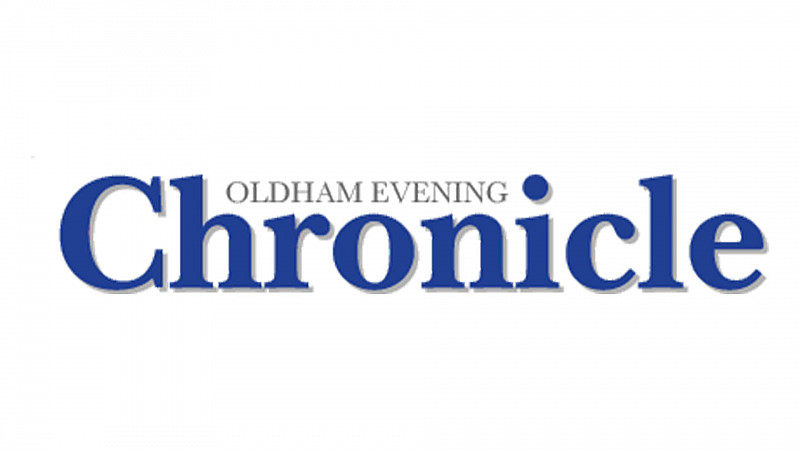 Staff at the Oldham Evening Chronicle say they had no idea that the publisher was about to go into administration.

Yesterday Hirst, Kidd and Rennie appointed KPMG, with the majority of the company’s 49 staff being made redundant.

This morning, Chris Morley, the NUJ’s Northern and Midlands organiser told Prolific North that it came as a shock to staff.

“This dreadful news came as a bolt from the blue to our members and they were given no inkling about what they would be told when summoned to a meeting.

"There are big questions as to how a significant daily newspaper can be allowed to go under in this way and leave so many staff without a livelihood.”

The joint administrators said they weren’t able to find a buyer, which is why it wasn’t “commercially viable” to continue the operation, instead they are seeking buyers for the assets, including the newspaper brands.

"It is also surprising that such a respected title as the Chronicle would not be of interest to other companies that we know have money available and have talked about  consolidation in the industry,” added Morley.

"I would invite potential buyers to step in quickly to preserve the key assets of the paper - namely its crucial journalistic talent with the experience of serving the people of Oldham with distinction for so many years.

"The union will be assessing how best we can help our members who have been clinically dismissed with no notice or consultation.

"We shall be seeking urgent discussions with the administrators to find out what efforts are being made to save the title and provide the best outcome for our members."

The Chronicle had continued to lose readers over recent years, with a height of 30,000 copies a decade ago, to just over 6000 in the latest ABC circulation figures.

The Hirst and Rennie families have been linked with the paper since the 19th century. In the 1850s Wallace Rennie arrived at the paper from the Liverpool Mercury and in 1857 he joined forces with the then editor, Jonathan Hirst to acquire it for the grand sum of £800.

Local MP, Jim McMahon said on his website that the Chronicle was "more than a newspaper  it is part of our heritage, our community and has worked hard to help build a future for us too."

"For the 49 staff made redundant the news will be devastating but the tears run further because it was more than a company, it was a family and has been since 1854.

"Some elements of the paper may remain. The administrators will be seeking buyers for its assets; including its name. Even if the name is retained its soul will be lost without the dedication of its staff under the leadership of Dave Whaley who fought hard to keep the paper alive as he saw many other local papers go to the wall.

"Today is a sad day for the Oldham Evening Chronicle, for our town and for journalism." 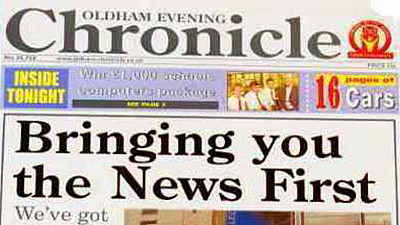